There is often said to be a “dark side” of insurance, and when courts become involved, the process of recovering damages for your losses can be very complicated especially after a natural disaster. An insurance policy contains a contract between insurers and their insureds that assures in the event of a disaster or other peril and in exchange for premiums, insurance claims would be paid fairly. It is important to remember that before anything, an insurance company is a business. Often, insurance companies are looking to relieve themselves of liability and provide as little compensation as possible to maximize their own profits. Louisiana law discourages bad behavior and seeks to protect the insured individuals that collaborate with insurance companies because of the unequal dynamic shared between the two.

It is suggested that every policyholder thoroughly read their policy. However, the language in most policies is complex, making it difficult to determine if damages will or will not be covered under their policy. There are also timelines to asserting your rights and submitting these claims with many dates that you as a policyholder should be aware of. Our knowledgeable attorneys at Cueria Law Firm can explain to you what coverage you have, what exclusion(s) apply, and how to proceed with conducting repairs to your home. Call our office today for a free consultation. 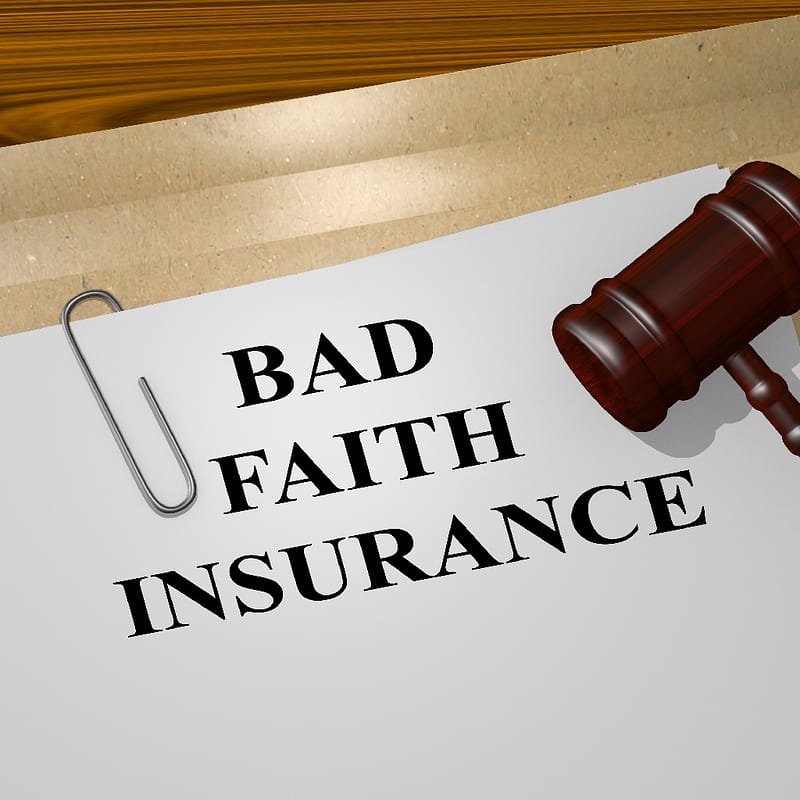 Louisiana Revised Statute 22:1892 prohibits insurance companies from acting in bad faith through delaying the denial or payment of property damage claims and sets timeframes for which insurers are to review, decide, and pay/deny the claim. It specifically imposes the duty on the insurer to submit a written offer within 30 days of receipt of satisfactory proof of loss to settle property damage claims, including one brought by a third party.

What is satisfactory proof of loss? Providing proof of loss is a “flexible requirement to advise an insurer of the facts of the claim” as it does not require any particular form or formal style. Simply put, “satisfactory proof of loss” is proof that is “sufficient to fully apprise the insurer of the insured’s claims.” This typically includes a detailed accounting of what you are to be compensated for under your policy. It is wise to include any property lists, documentation, photos/videos, estimates/expert reports, and invoices/receipts to substantiate your claim(s).

Under the statute, if the insurer fails to timely (within 30 days of receipt of satisfactory proof of loss) offer a settlement or make the payment and the failure is found to be “arbitrary, capricious or without probable cause,” then the insurer will be subject to a penalty of 50% of the amount due (with a minimum of $1,000) plus reasonable attorneys fees and costs.

[T]he New Oxford English American Dictionary defines an “arbitrary” act as one “based on random choice or personal whim, rather than reason or system,” and capricious as “given to sudden and unaccountable changes in behavior.” The phrase “arbitrary, capricious, or without probable cause” is synonymous with “vexatious,” and a “vexatious refusal to pay” means “unjustified, without reasonable or probable cause or excuse.” Both phrases describe an insurer whose willful refusal of a claim is not based on a good-faith defense.

The denial of a claim or failure to pay a claim in itself can be catastrophic to a family, and especially devastating after a hurricane or storm causing damage or destruction to their property and home. It is not fair for an insurance company to have you waiting around to make necessary repairs to your home.

Louisiana Revised Statute 22:1973 covers the general duty of an insurer to act in good faith when working with its insureds and explicitly states: “An insurer, including but not limited to a foreign line and surplus line insurer, owes to his insured a duty of good faith and fair dealing. The insurer has an affirmative duty to adjust claims fairly and promptly and to make a reasonable effort to settle claims with the insured or the claimant, or both.”

The statute goes on to state that any breach of these duties makes the insurer liable for damages. It also lists the conduct which would constitute breaches of their duties:

Consult with an Attorney

If you are unsure of your policy limits, need assistance interpreting your policy terms, or feel as though you are being mistreated by an insurance company, call our office today. Our experienced and compassionate attorneys understand the overwhelming feelings following a hurricane or severe storm. We can help you recover the compensation to which you are entitled to under your policy, make the repairs to your home, and get back to your everyday activities.

Our attorneys have helped hundreds of disaster victims get the fair compensation they deserve so they can get back to their lives and their families.  Call Cueria Law Firm at (504)-525-5211 today!

No pressure. Speak to an attorney. No hidden fees.